The Road to Little Rock Showcase 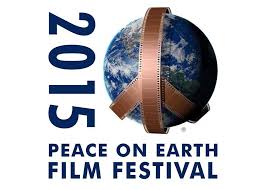 During the “Restoring Justice” segment of the festival, The Road to Little Rock and other selected films showcased areas of nonviolence, tolerance and social justice – with corresponding panels and filmmaker Q&As.  The documentary tells the courageous story of nine determined Little Rock, Arkansas teenagers and North Dakota Federal Judge Ronald Davies.  Judge Davies followed the law, ignored political pressure and required the school district in Little Rock to integrate. The actions of the Little Rock Nine and Judge Davies would change the course of the civil rights movement and public school education in the United States.  This video was produced as part of an interactive curriculum produced in collaboration with Fargo Public Schools and is being used in North Dakota and Arkansas schools.

Peace On Earth Film Festival (POEFF) is a not-for-profit festival established to celebrate and encourage the work of independent filmmakers from around the world on the themes of peace, nonviolence, social justice and eco-balance. POEFF aims to contribute to a culture of peace through international cinema, dialogue and programming highlighting individuals on the vanguard of peace activism and social change. POEFF endeavors to enlighten and empower individuals, families, and communities to step out of the ignorance of conflict, violence and divisiveness, into the light of communication, consideration, tolerance and understanding.