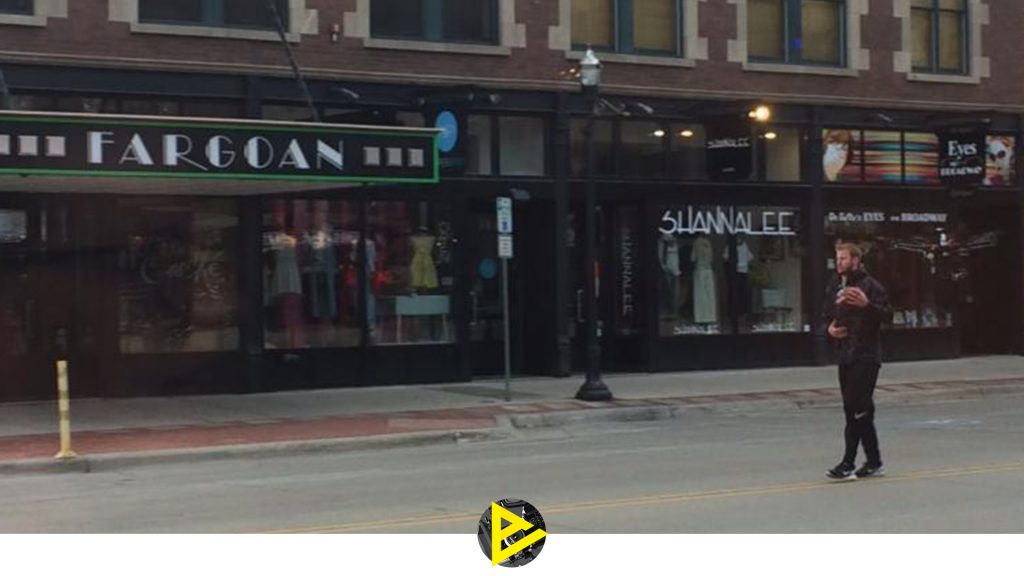 It all started with an email to Video Arts Studios from Jess Kraus of ESPN looking for location scouting and production assistance in Fargo and culminated yesterday with the location shoot with 2016 NFL quarterback draft prospect Carson Wentz.  Project Manager, Mary Ann Phillips, went to work to fulfill the ESPN creative team’s wish list for their Hero Shoot.

Multiple emails back and forth between the creative team determined that the number one request was a bison herd followed by the iconic Fargo Theatre on Broadway for backdrops.  “It was a pleasure to work with the crew from Video Arts”, says Jess Kraus of ESPN.  “Anything we asked for she was able to get for us.  It was by far the easiest shoot we’ve had!”

The Fargo Police Department came to the rescue to bloack off the Broadway early yesterday morning and kept pedestrian traffic to a minimum.  NDSU Athletic Department gave the crew and Carson a chance to show off Bison Nation at the FargoDome.  And the bison herd?  Well, they even cooperated with the Director of Photography and gave Carson a powerful background image of speed and strength. Carson was gracious in posing for pictures and signing footballs after the work was done for the day.  The crew was respectful and kept photos to a minimum, but they were happy to be able to document such a fun day.

Carson, one of only two quarterbacks in the top 10 NFL picks, will be highlighted in the promo open to the Round One Draft scheduled on Thursday, April 28th at 8:00 pm ET on ESPN.  You can also get a sneak peak at clips of the promo with Carson and five other prospects through the week before the NFL Draft.  We will all be watching and rooting for our hometown NDSU Bison Hero, Carson Wentz.  But Ranchers JP and Judy Weist of Jamestown will be keeping a careful eye on the promo to spot their Bison herd!